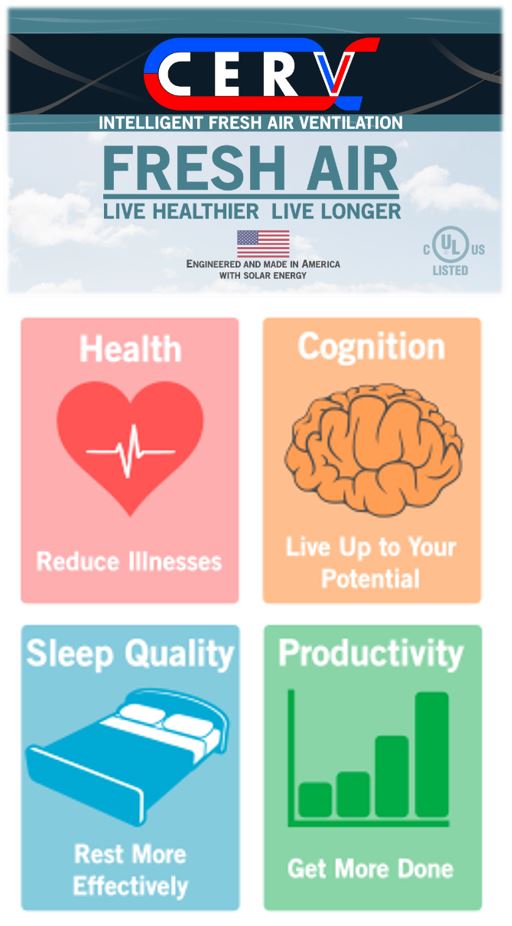 We hope our experiences in converting and renovating our business facility to Zero Plus solar energy operation will provide inspiration and confidence for others to do the same.

Build Equinox is a company located on the East side of Urbana, Illinois in a 4,500 square foot metal building (“Morton” building) constructed in 1988. The original owner, artist William Carlson, contracted with Morton Buildings to construct the facility with Morton’s “energy” package, which included fiberglass batt wall insulation and blown chopped fiberglass ceiling insulation. Carlson also chose to install a 5 ton geothermal heat pump system, one of the earliest in Central Illinois.

Build Equinox (a division of Newell Instruments, Inc, an engineering R&D corporation) acquired the building from the original owner in 2004. A variety of energy efficiency upgrades, coupled with installation of two solar photovoltaic systems with combined capacity of 8.2kW, have converted the building into a Zero Plus building. The building is 100% electric with no fossil fuel combustion systems. As of 2015, Build Equinox operates as a Zero Plus, solar powered facility. During the period from March 2016 through February 2017, Build Equinox’s 3.2kW solar tracker and 5kW stationary PV systems donated its excess 500kWh of electric energy to the local utility. Figures 1 and 2 show details of Build Equinox electric energy usage and solar energy generation over the past year. Additional figures show our activities over the past 10 years to convert Build Equinox to a Zero Plus building.

The following lists our renovation projects and solar system upgrades at Build Equinox:

5) Hops (Centennial, Nugget and Cascade) planted along south wall of the building for summer shading in 2010

8) Replacement of fluorescent light fixtures with LED lighting in 2014

a) 48, 60W fluorescent tubes were replaced with 96 10W LED bulbs resulting in a reduction from 2880W to 960W for building lighting. And, the LED lighting quality is vastly superior to fluorescent lighting.

b) Fluorescent tubes cost $1.2 per tube for disposal

What’s next? Rainwater harvesting! Following in the steps of our Equinox House project (Equinox House is a Zero Plus solar powered residence in Urbana, Illinois constructed in 2010), we will add a cistern and collection piping to Build Equinox, reducing the power required for pumping water from deep wells and improving our water quality. 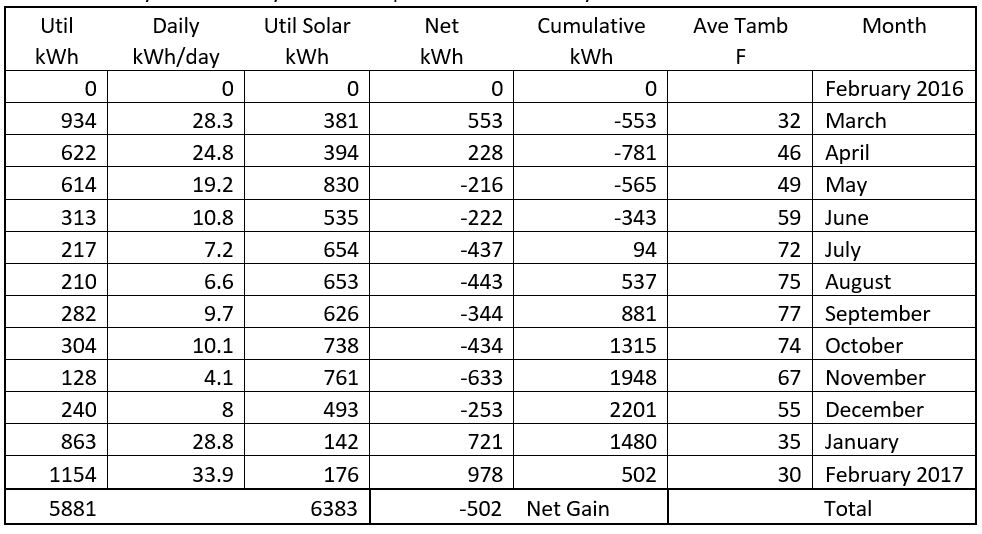 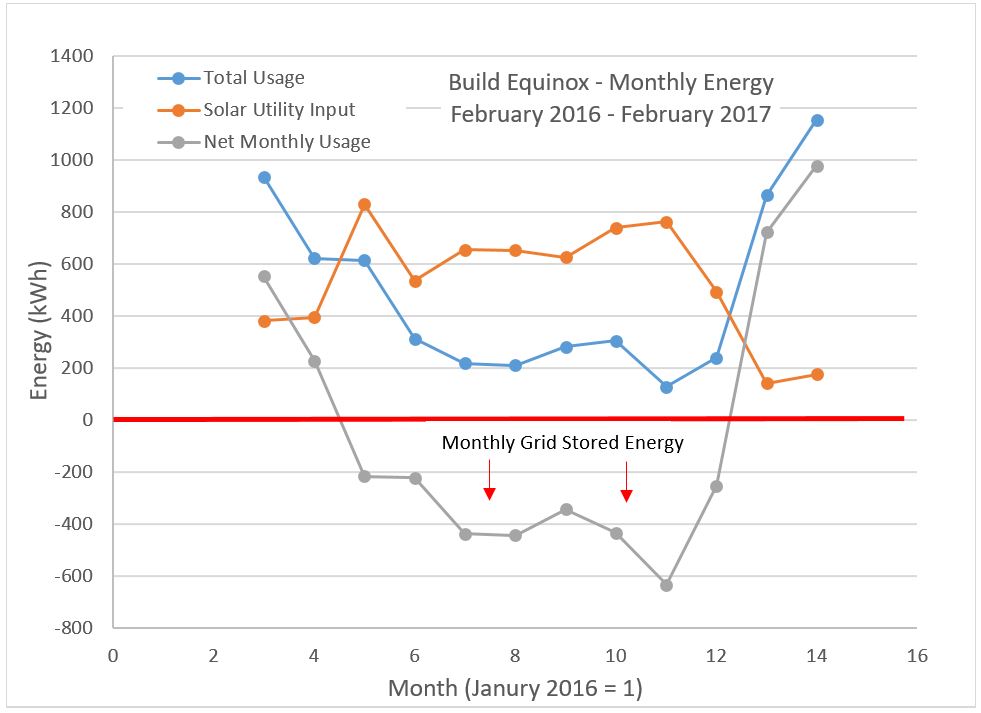 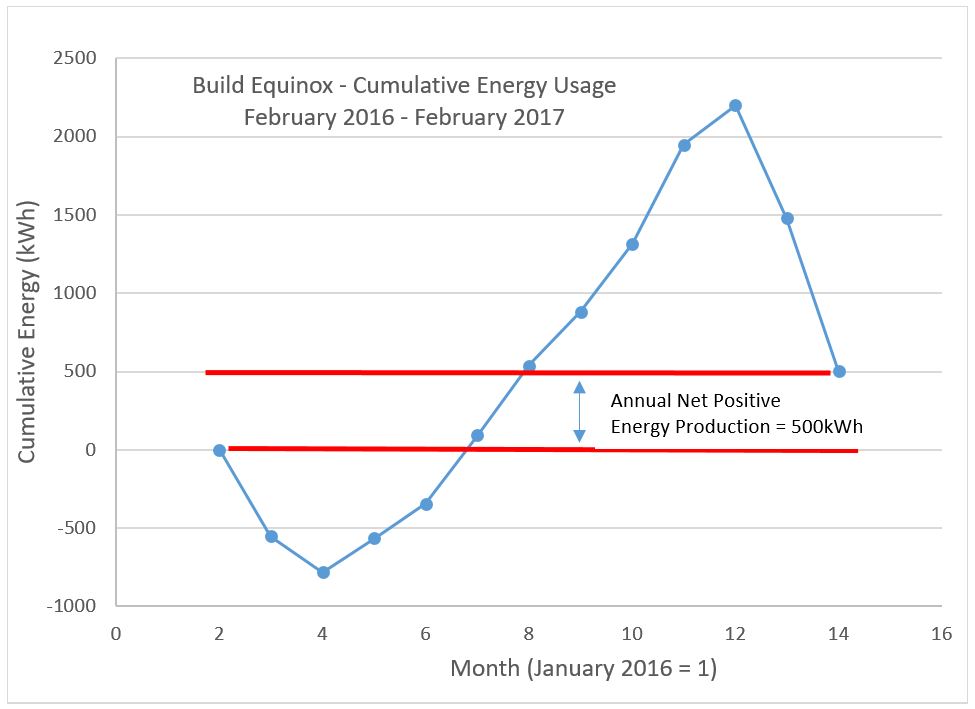 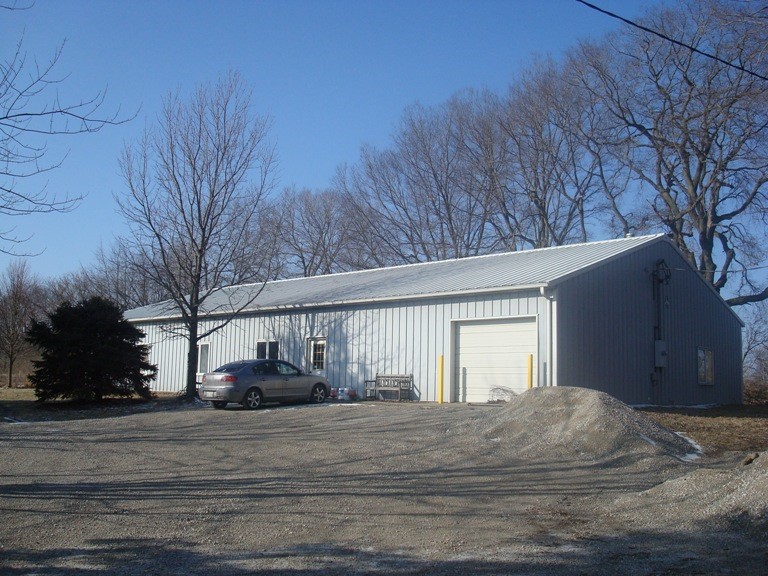 Original Build Equinox 4500 square ft (90’ x 50’) building in Urbana Illinois, constructed in 1988, is one of the earliest buildings in central Illinois to install a geothermal heat pump. 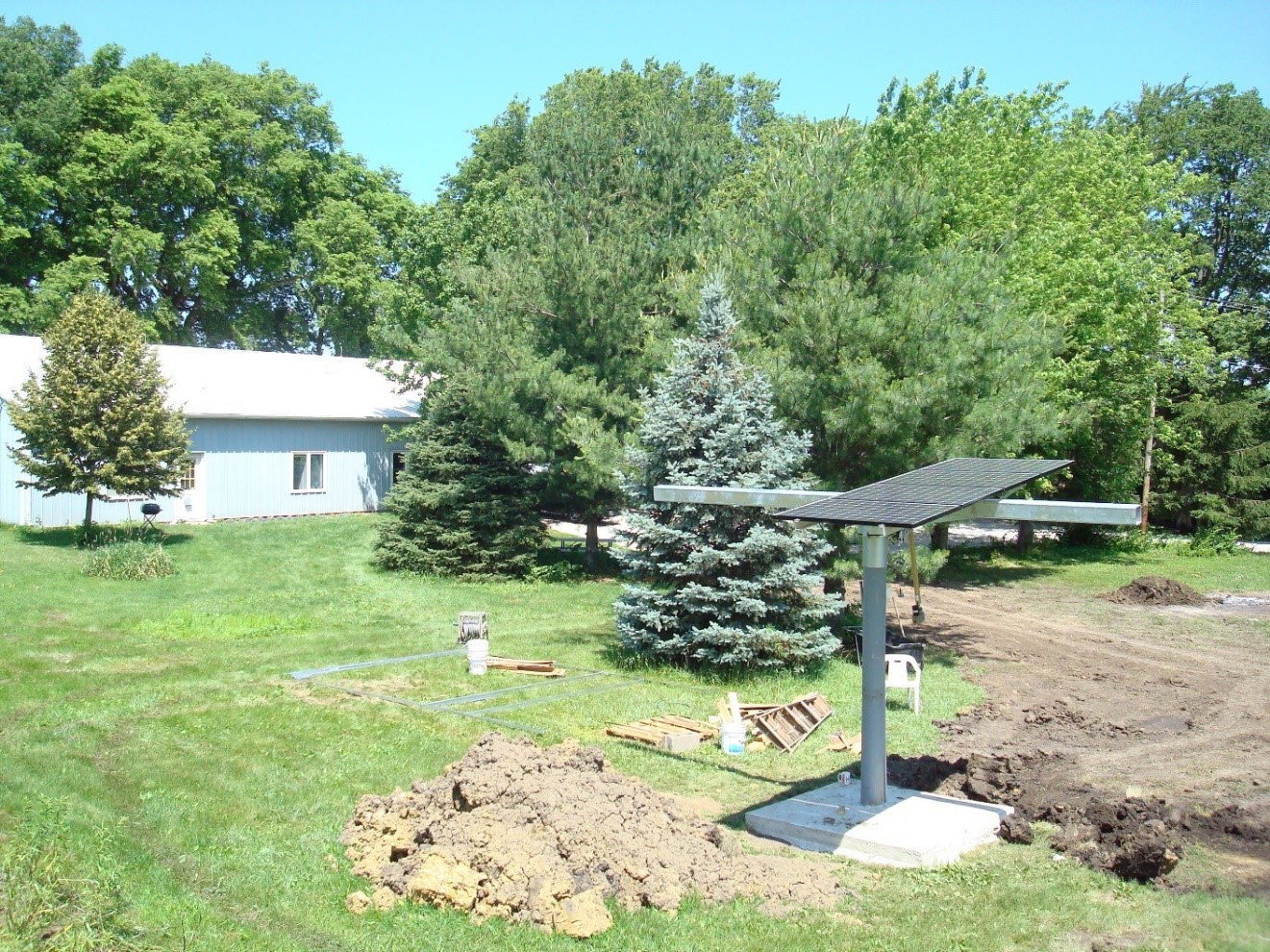 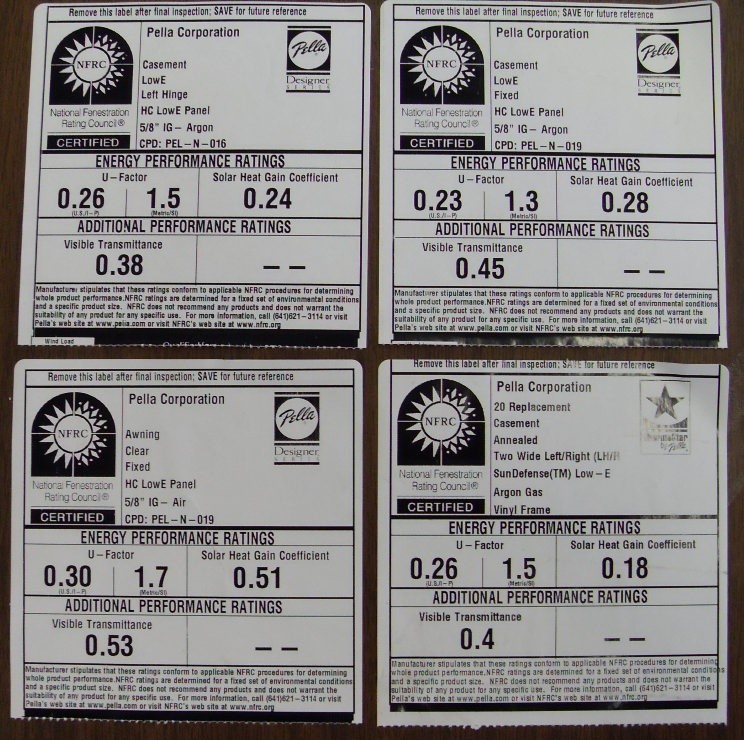 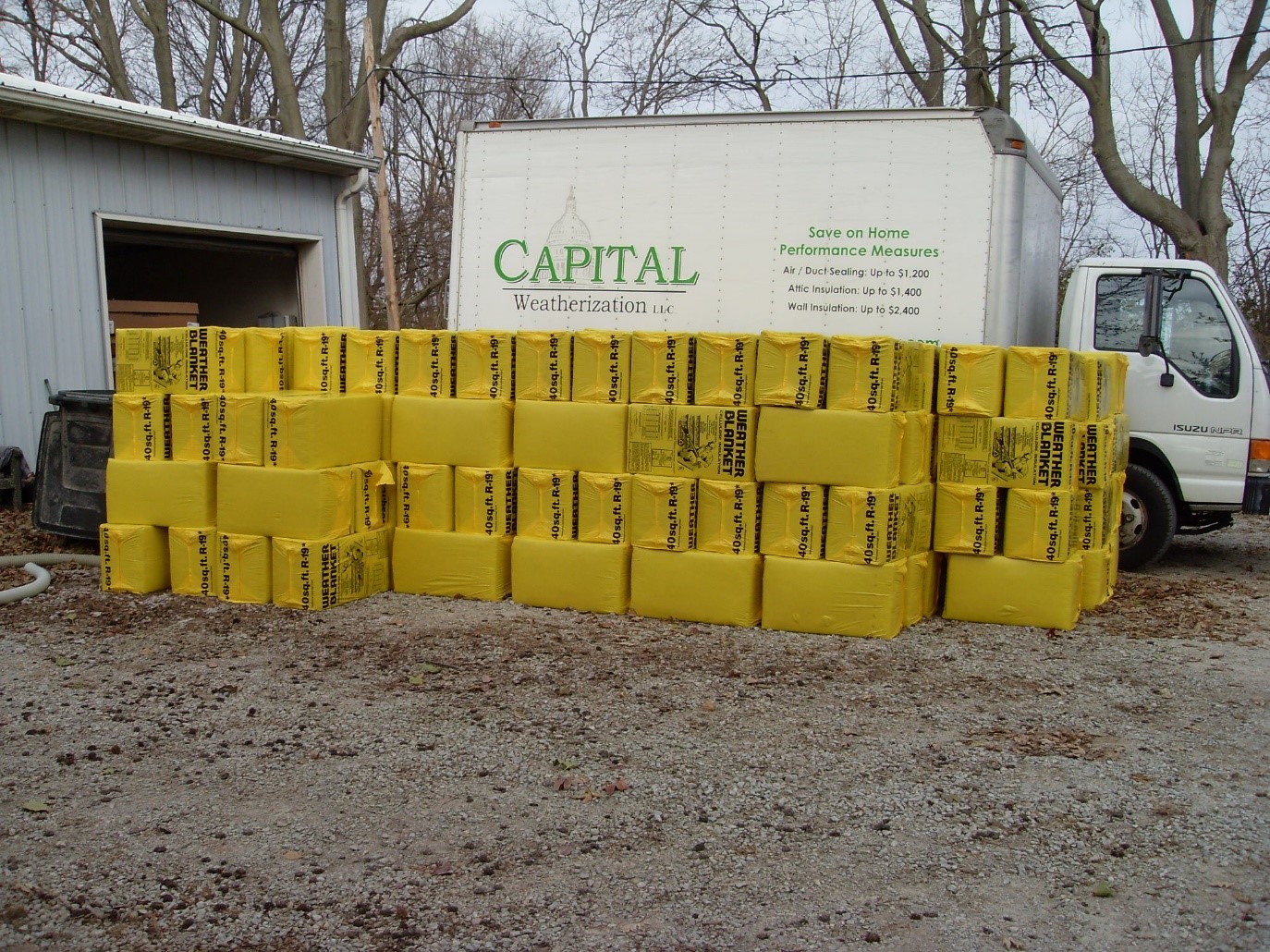 Installation of 4100 cubic feet of cellulose insulation in ceiling in 2013. Building infiltration measured 3.0 ACH at 50Pa before and 2.8 ACH at 50Pa after insulation added indicating a very-well sealed building. 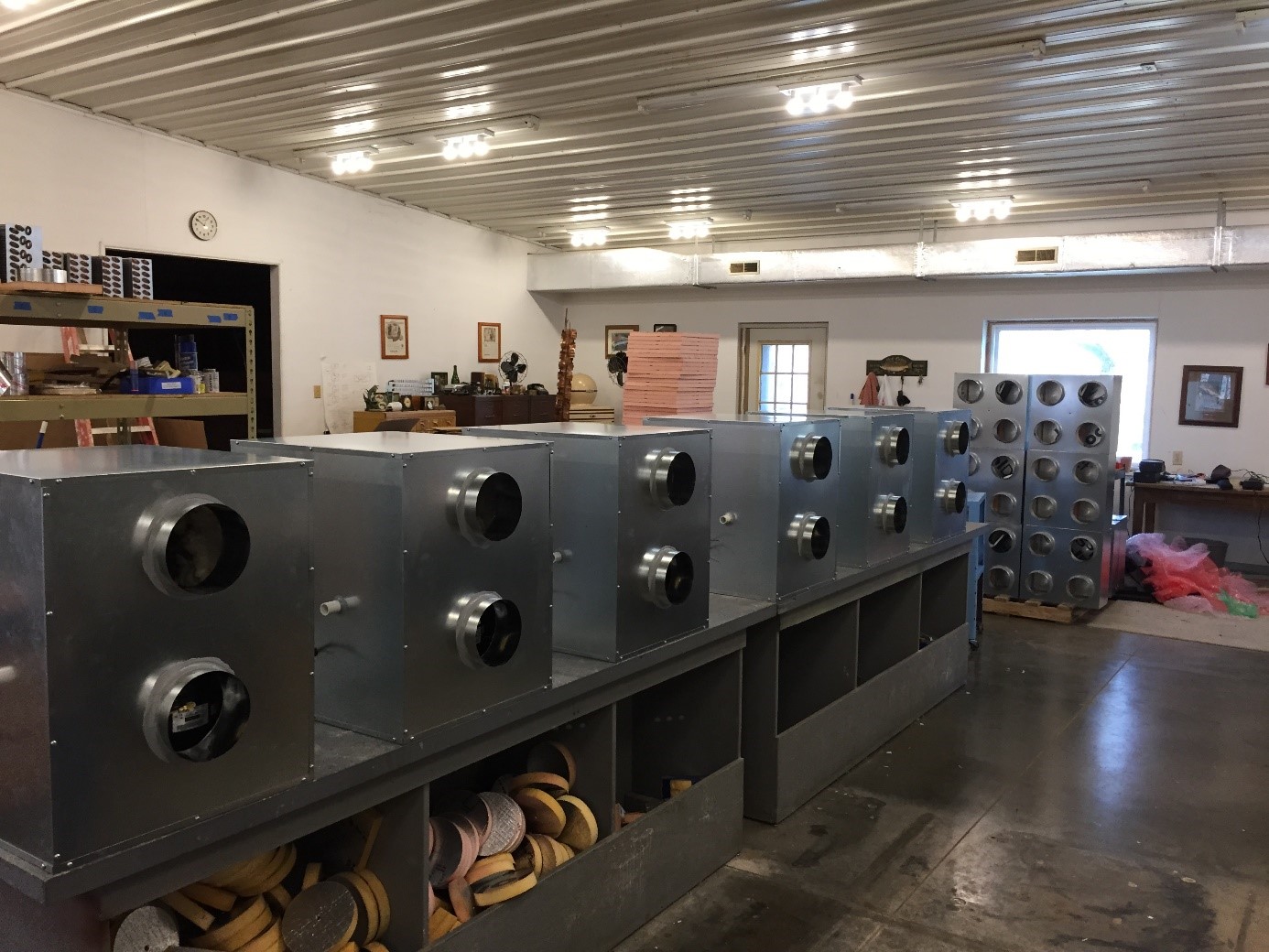 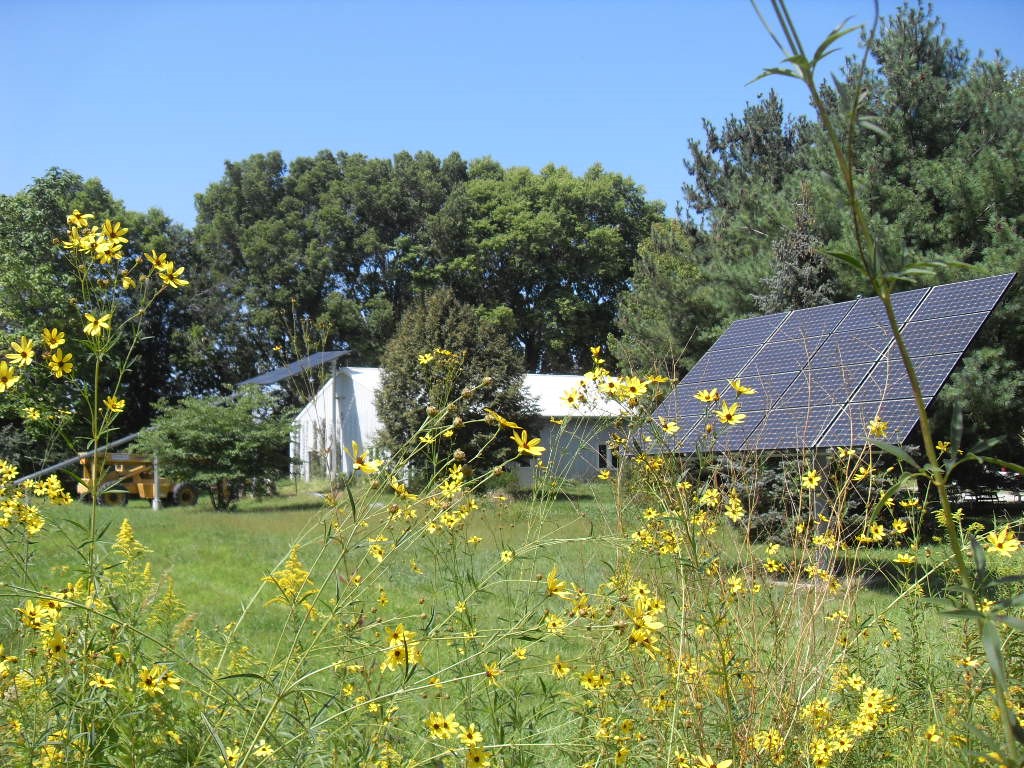 Installation of 5kW solar PV system, nicknamed “Sundial” in 2015. “Sunflower”, our 3.2kW 2-axis solar tracker in foreground. Build Equinox is bordered on the south and east by a beautiful prairie. 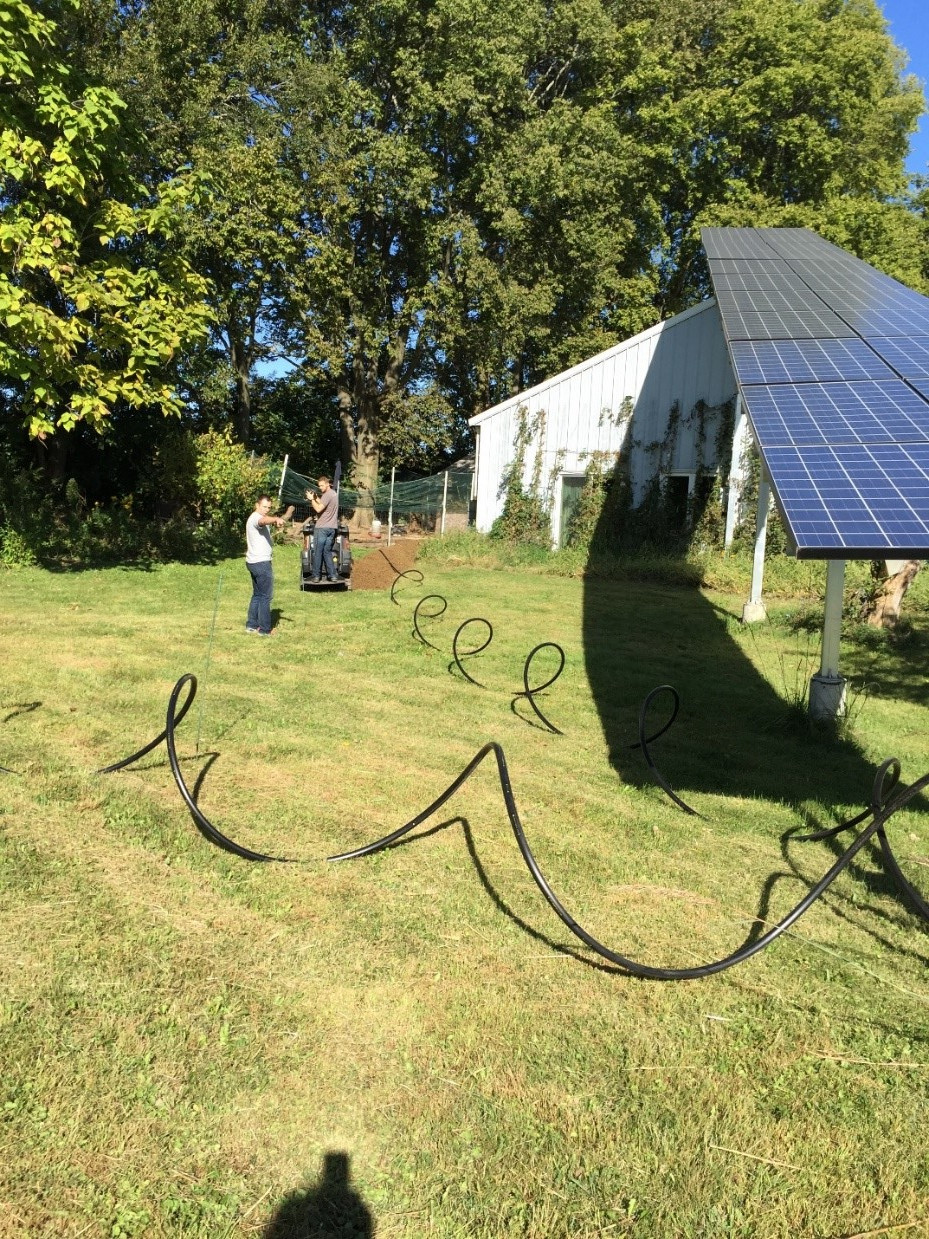 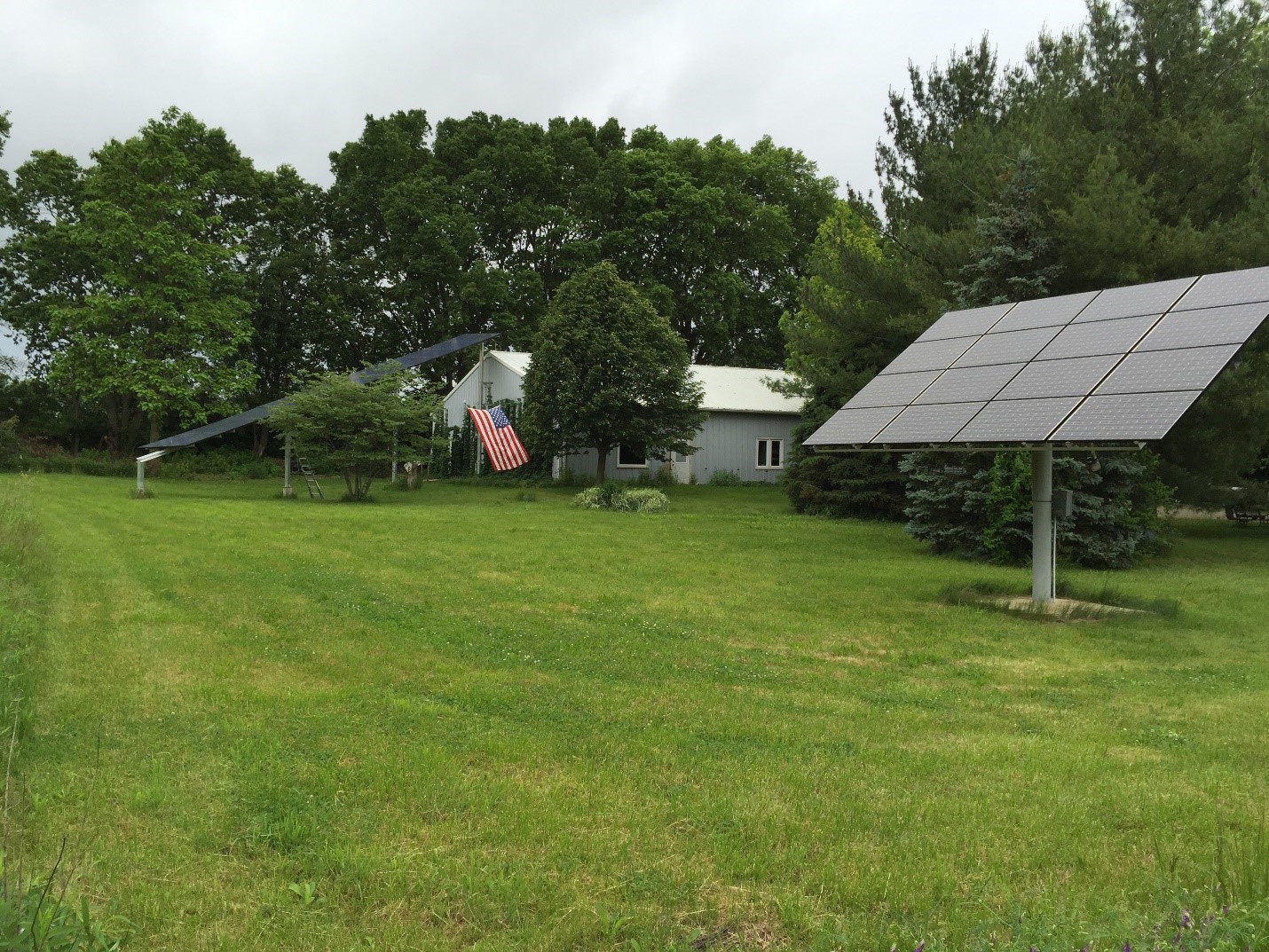