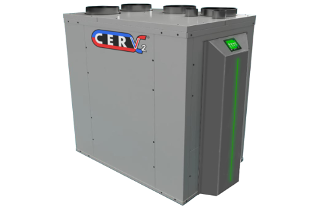 Thanks to everyone who could make it to our webinar! For those of you who'd like to watch again (or if you didn't get a chance to see it), you can find a link to the slides, as well as the full video below! 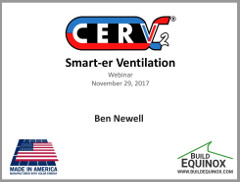 This webinar will discuss the newly released CERV2 Smart Ventilation system. Its physical changes along with performance and operational changes over the current CERV will be covered. Space is limited, so register today!